The Difference Between Freckles and Sunspots 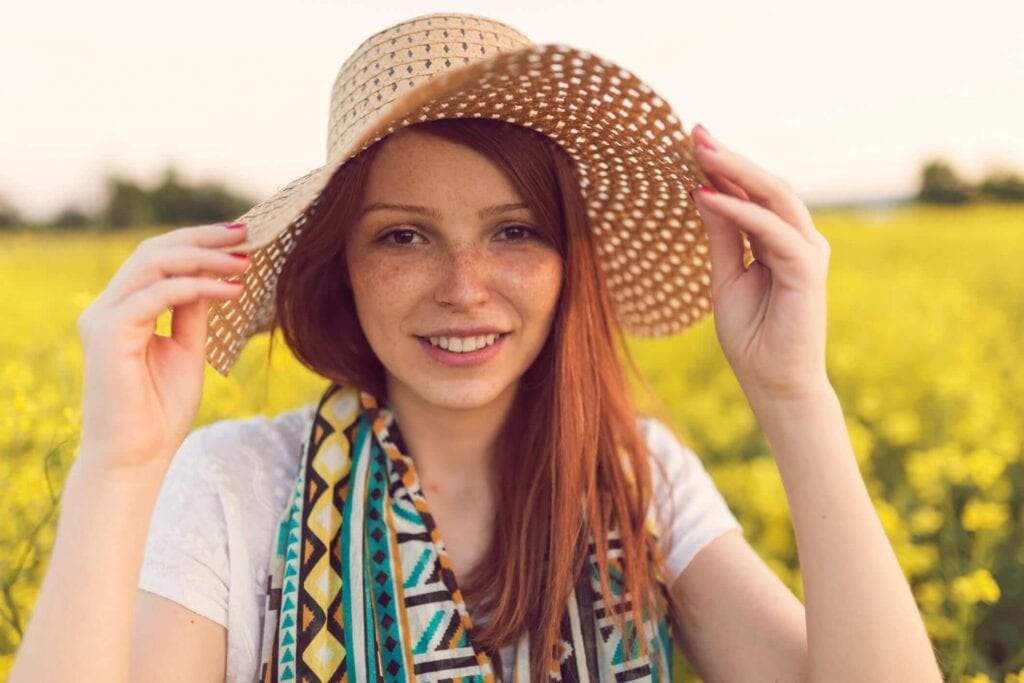 The Difference Between Freckles and Sunspots

Ever wonder where those freckles on your skin are from? Or maybe you’ve discovered different, new spots on your skin. What are those and where did they come from? Here we give an overview of freckles and sunspots, where they come from and what’s the difference between the two.

Freckles are small flat brown marks arising on the face and other sun exposed areas. They can, however, appear anywhere on the body. Freckles develop when the skin produces more melanin pigment in response to the sun’s ultraviolet (UV) rays. A freckle’s color is due to skin pigment accumulating in the skin cells.

They are most often seen in fair skinned people, especially those with red hair. They tend to appear in younger people sometimes fading as a person gets older. Freckles are genetic and generally harmless, but are affected by the sun. They appear more prominent in the summer and fade considerably or disappear in winter. This is because the melanocytes responsible for skin pigmentation, don’t produce much melanin, which is the dark pigment of your skin, during the winter months, only when they are exposed to sun.

Sunspots (Solar Lentigines) are brown in color, darker, larger and more defined than freckles. Sunspots arise in middle age and result from sun damage (age spots) when production of melanin is accelerated by ultraviolet light.

Sunspots are most often found on the face and hands and other sun-exposed skin. Lentigines tend to persist for long periods and don’t disappear in the winter (though they may fade). They are more common in those with fair skin but are also seen in those who tan easily or have naturally dark skin.

“Liver spots” or “age spots” are common names for solar lentigines on the back of the hands and have nothing to do with the liver or problems with the liver. While lentigines do tend to appear over time, they are not in themselves a sign of old age but a sign of sun exposure.

What To Do About Freckles and Sunspots

If you are concerned about your freckles or sunspots, a visit to your dermatologist is warranted. Advanced Specialty Care’s dermatology specialists can treat all of your and your family’s skin care needs, including sun damage, acne, eczema, hair loss, psoriasis, shingles and warts. In addition, we offer skin treatments such as laser, chemical peel and photofacial procedures and facial rejuvenation with Botox and other injectable fillers. We have offices in the Fairfield County, CT towns of Danbury, Norwalk, Ridgefield and Stamford.

Developing a Skincare Regimen: A Guide for Practical Routines

Hearing Loss: Points to Keep in Mind This Summer

Rashes On the Face: Is It Acne, Rosacea, or Demodex?

Dinner and a Conversation: Managing Hearing Loss in Loud Restaurants

As a new subscriber you’ll enjoy:

Register for our Newsletter