Demystifying Tinnitus, Or Ringing In The Ear 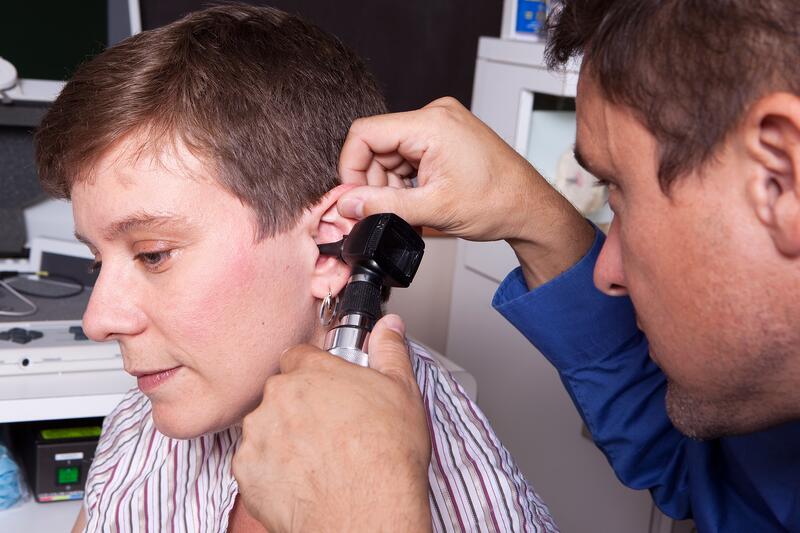 We recently observed Tinnitus Week, February 5-11. While tinnitus is a very common problem, many people don’t understand it. So we’ll shed a little light on it below.

Tinnitus is when someone hears a noise in one or both ears when there is no actual noise. It can sound like a ringing, hissing, buzzing or pulsation. In some people, the noise is intermittent and in others constant. The loudness may vary as well. For most people with tinnitus, the sounds are loudest when in a quiet environment, especially when trying to sleep. If others can hear the tinnitus it is called objective and is more likely to have a more serious cause. Most tinnitus can only heard by the person and is called subjective.

Important to remember, while tinnitus can be very annoying, it isn’t a disease but a symptom of an underlying disorder, sometimes a more serious problem.

The first step in treating tinnitus is identifying its cause. Something as simple as ear wax or as serious as an inner ear tumor could be the cause. The most common cause is nerve damage to the hearing in one or both ears. The damage may be due to any number of things such as loud noise exposure, certain medications, aging or high blood pressure among others.

An audiogram (hearing test) is usually done in conjunction with an ear, nose and throat exam. This test gives crucial information about the tinnitus and is done even if the person feels the hearing is normal. In some cases, more involved inner ear testing, blood tests, CT scans or MRI scans are needed for diagnosis. Sometimes the cause is not found.

There are many medications that can cause or worsen tinnitus. These include some antibiotics, some cancer medicines, certain antidepressants and others. Even aspirin, taken in large doses, can cause it.

Currently, there are no medicines to cure tinnitus. Treating it may be very simple as in clearing wax from an ear or changing your medicines. Or, it may be difficult as in the case of a loud noise injury. If it isn’t treatable, using masking techniques may hide it. Something such as a white noise generator or just a loud fan or background music.

If you’re experiencing tinnitus or not, it’s important to wear ear protection when exposed to unavoidable loud noise like chain saws, leaf blowers, etc. Doing this may prevent the damage that leads to tinnitus. You may find that after having been to a loud concert your ears ring. That will usually resolve as long as further loud noise exposure is avoided.

Even when not directly treatable, tinnitus in most people becomes less and less of an annoyance once it’s known not to be due to a serious underlying condition. If you’re experiencing ringing or noises in your ears, our ear, nose and throat specialists can help determine why and suggest ways to reduce it. We have offices in the Fairfield County, CT, towns of Danbury, New Milford, Norwalk, Ridgefield and Southbury.

Topics: Audiology, Blog, Dr. Jeffrey Monroe, Ear, Nose & Throat
Request an Appointment »
About Us
Advanced Specialty Care is a multi-specialty practice of board-certified physician specialists offering the latest state-of-the-art technologies and techniques – all in a welcoming and caring environment. For 30+ years, we’ve helped tens of thousands of patients… how can we help you?
Recent Posts
Categories
See All